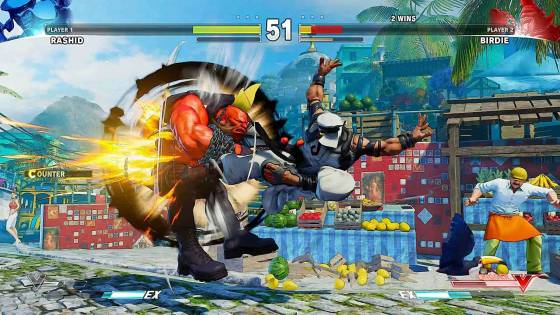 How many seasons are we into Street Fighter 5: Arcade Edition now? Ah, yes, as of recently... four! That's a lot of seasons. The other day, following the Capcom Cup finals, Capcom themselves decided it was time to announce the new season off with a bang, providing a new character straight out of the gates. The new character in question goes by the name of Kage, who many have likened to Evil Ryu due to the similarities. Capcom calls him the "'embodiment of the evil spirit, 'Satsui no Hado'". For those not familiar with Street Fighter lore, the Satsui no Hado is a sort of negative energy that can overtake human beings should they learn to control it. Ryu himself struggles with keeping this force at bay, and Kage is what happens when it becomes sentient.

In essence, it's basically like Evil Ryu but with some new twists thrown in. Capcom had more to say about him in the official description. "Street Fighter V fans will recall Ryu overcame the 'Satsui no Hado' in the General Story against Necalli, and regained control of his former self. 'Satsui no Hado' is now back, and instead of overtaking Ryu's body has now found a way to manifest into its own physical form." This naturally beefs up Kage with all sorts of dark twists on past moves from other characters, such as Ryu and Evil Ryu, of course. Story-wise, Kage seeks to tempt Ryu, serving as a sort of evil doppelganger who goads him into believing he needs him. He's also looking to take on Akuma and Sagat, well-known rivals of Ryu's.

Thanks to the video Capcom put out along with the fighter, we have a nice idea of how Kage's moveset will work. The ever-famous hadoken is still there, but it's a version made to be airborne. Those looking for variety can use his Shakunetsu Hadoken, a move similar to one of Akuma's. Kage has some teleport-happy V-trigger abilities, while his Critical Arts power up his shoryuken. He even has a Critical Art similar to Akuma's Raging Demon of all things. Overall, Kage's moves are pretty aerial-focused. He has a shoryuken uppercut and spinning kick to fill out the moves as well, with the kick giving him a single rotation. As far as kicks go, Kage also picks up a move straight from Evil Ryu by using the ryusokyaku ax kick. All in all, he's an interesting mish-mash of elements from these three characters that really makes him a deadly counterpart to series mascot Ryu. He mostly looks like Ryu too, but with demonic attributes.

To close off the announcement of Kage, Capcom had some intriguing hints for season four of Street Fighter 5. "We're doing things differently this year," they stated. "So we're eager to share the details with you soon! Thank you for all the continued support. We can't wait to show off what's next in 2019!" What exactly they mean by doing things differently is up for interpretation, but it's sure to be something hype. Speaking of which, Kage is available now on both PlayStation 4 and Steam. You can purchase him into the roster for either $5.99 or 100,000 in-game Fight Money. Street Fighter 5: Arcade Edition is available on both of the above platforms, and definitely shouldn't be missed out on if you're into fighting games. Below here is the newest trailer for Kage, which shows off his extensive moves in detail. Make sure to check it out to get a feel for this sinister new character!