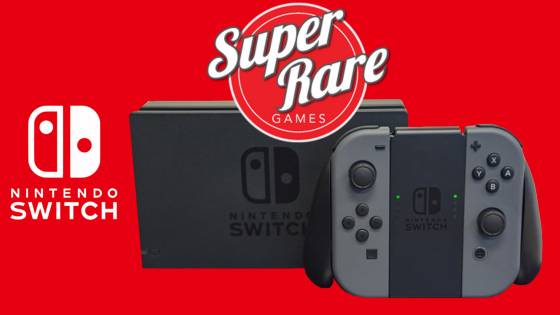 In the video game world, not everything is as simple as some would have you believe. One of the biggest ideas that can sometimes be thought of in the eyes of buyers is that virtually every video game that gets made has a physical release copy. Sadly, this is not true, and it reveals an interesting aspect of the business of video games. For while it may be easy to make a game in context, distributing it is another matter. Not everyone can afford to physically make a game disc then send it off to stores, which is why teams like Super Rare Games are so revered.

If you've never heard of them, Super Rare Games has a very simple mission, they (along with teams like Limited Run Games and Signature Edition Games) take some of the most popular indie games in the world today and they convert them from simple digital titles to physically obtainable games. Now, some may be curious as to why this is a big deal. Well, the simple fact is that though we live in a video game world where digital games are everywhere, a vast majority of gamers won't get digital titles unless absolutely necessary. For them, having a physical copy is worth the investment, if for no other reason than digital data on a console can become corrupted much easier than it is to corrupt a disk or cartridge.

So, Super Rare Games brings some of the most popular titles to life in a way that many can enjoy. But their process for picking which games to bring has been one of a mystery, so they sat down with Geek Retro to explain their process behind it all.

They stated outright that the vast majority of the games they pick are ones that the community (who they chat with frequently) desires. Though they do admit that as gamers themselves, they do like to pick titles that they want as well. But luckily for them, and the community, there are so many great indie games out there that the two categories often cross over.

Unlike the other physical media creators, the team at Super Rare Games actually only works on bringing indie games to the Nintendo Switch, they work exclusively with Nintendo, and they note that it's very fun to work with them and that it's great that they can bring games to their system. They also noted that the technical aspect of bringing games to the Switch is actually very low in terms of work needed. Which is no doubt why they're able to do so many indie game conversions. They recently announced nine more that are coming.

Of the problems they admit that they have, the biggest one is marketing. They have to prove why gamers would want these indie games. But, because of their interactions with the community they have built up, they feel that the gamers are always open to the next wave of titles they will bring.

Their market is an interesting one, and they've made it a successful one, and it seems like it won't stop in the near future.