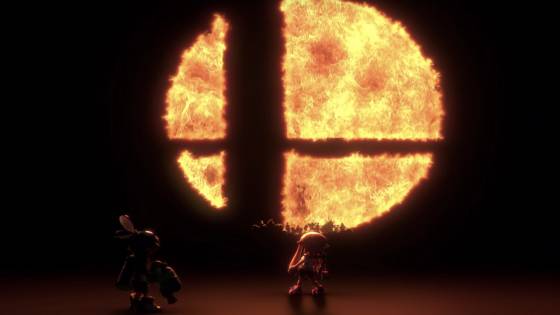 The most recent Super Smash Bros Ultimate Nintendo Direct, which was also said to be the last one before the launch of the game on December 7th, dropped a lot of information on gamers. Not the least of which was that the "final" three characters for the game were to be Ken from Street Fighter, Incineroar from Pokemon Sun & Moon, and a special "pre-order" bonus character in Piranha Plant. However, creator Masahiro Sakurai also noted that there would be five DLC characters coming to the game via the "Fighter Pass". A pass that would be filled out during the course of the next year or so.

When this got announced, gamers were really excited, not just because the roster of characters in Super Smash Bros Ultimate would now be 80 instead of 75, but because they hoped that they would have a say in who got into the game via the DLC. Why would they think this? Well, with Super Smash Bros for Wii U and 3DS, the final character of the game, Bayonetta, was put in there because fans voted for her. She was the No.1 choice in Europe and was Top 5 in both the US and Japan. However, Sakurai has gone on to Twitter to reveal something that fans likely didn't expect:

" Super Smash Bros. Ultimate’s DLC line-up is now complete. This time the selection was made entirely by Nintendo. I decide if we can create a fighter based on their selection, then come up with the plan."

This tweet is interesting for numerous reasons, not the least of which is that during the Nintendo Direct, Sakurai specifically mentioned that the work on DLC characters had not started, and as such, not been selected. So, in the course of a week, that's changed. Granted, the development of the characters likely hasn't started in full because they're working on the final build for the game as well as Piranha Plant, but knowing that the DLC fighters are already selected, and thus don't require fan votes this time, is a bit of a blow.

Furthermore, the notion that the character selections "was made entirely by Nintendo" is going to make many people question just what Nintendo has in mind in terms of "worthy" characters. After all, fans have made it clear that characters like Isaac from Golden Sun, Krystal from Star Fox Adventures, Shadow from Sonic the Hedgehog, Banjo-Kazooie, Shovel Knight, and more should be in the fighting game, but Nintendo seems to have disagreed. Many are now Assist Trophies, but that's it. So, if there are 5 characters coming, and none of them are to be selected by fans, what criteria did Nintendo use to select them?

Now, Sakurai did say that he himself would decide whether they could be made into a good fighter, and he also noted during the Direct that there would be no Clones/Echoes, so we're getting original fighters. Still, until the DLC roster is revealed in part or in full, Smash Bros fans are going to be nervous.