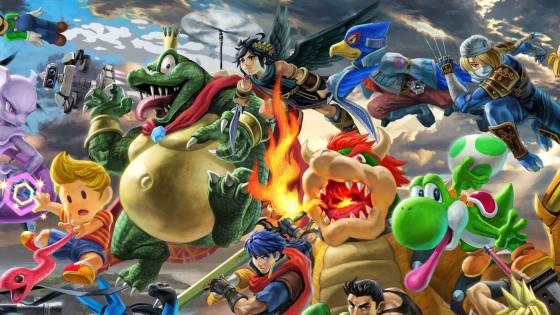 While the year that was 2018 is winding down, that doesn't mean that there aren't any more major video game releases coming. In fact, one is only a little over a week away from release, that of Super Smash Bros Ultimate. And arguably, this is one of, if not the, biggest game release of the year. This game has been one that Nintendo fans have been looking forward to for some time. And for some fans, they already got the game, but not via review copies. Oh no, they got it the illegal way, because full copies of Super Smash Bros Ultimate have leaked onto the internet.

By "full copies", we mean the literal entire game was out there for people to play. Multiple sites started to share their copies, and even went to places like Discord to share it all. Now, while many of these "leaks" were proven to be fake, some versions of the title did work, and because of this, leaks started to pop up all over the Internet, revealing all sorts of information about the game. One of the biggest things so far has been leaks about the Adventure Mode "World of Light", where Boss Fighters and character unlock details were spoiled all over the internet. Other things that have been leaked includes the soundtracks that are in Ultimate. While this may not sound like the biggest thing to leak, many are eating up the opportunity to hear the tracks and see how they've been improved by Nintendo and the various teams working on the game.

As is their prerogative, Nintendo has been fighting tooth and nail to try and get these sites and links to the full version of Ultimate taken down. Not the least of which is because they don't want leaks of World of Light, or even the music, on the Internet for players to see. Noted in an earlier interview, Masahiro Sakurai worked hard with the Super Smash Bros Ultimate team keep leaks of the game from happening, and they actually did a really good job. There was only one true character "leak", and that was because some dataminers found copies of Castlevania music, which led to the reveal of Simon and Richtor Belmont into the game via the Nintendo Direct the next day. Outside of that, it's been solid, which is why this leak is so devastating to some.

More than that though, this kind of leak could potentially hurt the sales of the game if not shut down quickly. Granted, not every gamer would go to such lengths to get the game, but some world, and that's the problem. Nintendo has already banned and shut down certain Youtube channels for showing off the music of the game, and others are likely to follow.

Another reason that Nintendo is being so deliberate here is because Ultimate is a truly massive game, and they want players to experience it with fresh eyes and ears when it does eventually release on Nintendo Switch on December 7th.