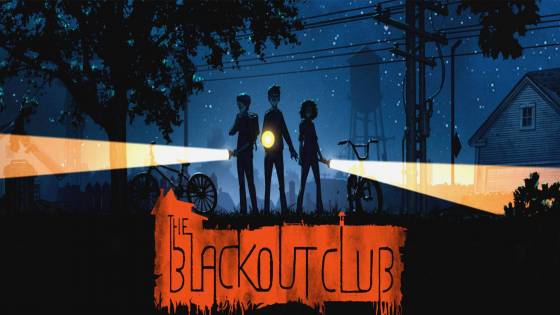 “The Blackout Club” is a co-op horror game that was first announced around half a year ago through a teaser trailer back in February. “Question” which is the small studio that is developing The Blackout Club has finally shown off some the game’s promising closed beta gameplay footage. Question is mostly known for their first game that is out on several platforms called “The Magic Circle.”  The Magic Circle is an impressive 2015 game that received great reviews all around. Therefore, when the announcement of a new co-op horror game was in the works by the same studio who made The Magic Circle came about it got a lot of people's attention. The Blackout Club’s announcement trailer has close to 100 thousand views on just the PlayStation YouTube account alone. An impressive number not only for a company who has only released one video game but an also impressive number for a short 42 second announcement trailer in general.

The Beta gameplay footage was shown off on Question’s YouTube channel on August 17th and you can view the video at the bottom of the article. The video is seven minutes of pure gameplay footage with the developers talking over some important parts and explaining some of the key parts of the game. The trailer starts off with some dialogue from the developers and then quickly transitions into two teenagers running around their town recording with their phones to prove their current situation. The game shows off a cool game mechanic in which the player can close their in-game eyes to be able to reveal “invisible elements.” The footage then shows off the “Shadow” one of the games main opponents which is described by one of the games developers as “Our worlds boogieman.” Another interesting tidbit is the shadow or as its also called “the shape “ can only be seen when the player closes his in-game eyes. One more type of opponent a player can encounter is a “Stalker.” A Stalker is a player that tries to stealthily record the player to lure the shape to them. If the Shape catches you it either turns the player into a “Sleepwalker” or kills them if it’s the players third time being caught. The rest of the video shows off more gameplay and some of the game's underground tunnels. It wraps up with one of the developers finishing the mission and leaving the other player to succumb to the shape.

The Blackout Club has you play as a teenager from a modern town that has a suspected cult following. No internet or cell-service will help you survive in the game's horror-filled world. The story of the game according to the game's website is that the player wakes up regularly with no memory of the night before however they wake up with mud and scratches on their bodies and sometimes days can pass before the player wakes up again. The teenager teams up with a group of friends who have similar experiences and try to prove and investigate these “Blackouts”. Your friends and you discover an underground tunnel system beneath your hometown and one night your best friend goes missing and adults are trying to take you out. Your job is to capture all the cults activities on film to expose the cult to the world.

The game is set to release sometime in 2019 and will be coming out for PC, PlayStation 4, and Xbox One. The game is RP or Rating Pending and at the time of writing this no official price has been announced. If you would like to learn more about The Blackout Club you can check out the game's website or the video directly below.