The Doctor is Back In: Nintendo Announces Dr. Mario World for Android & iOS 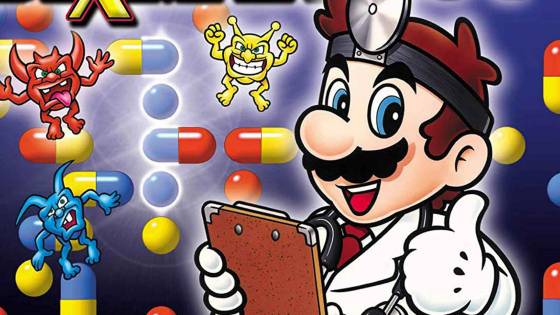 Nintendo’s been really active lately with their mobile division! Just the other day, we posted about their delay on Mario Kart Tour, their upcoming Mario Kart mobile game. Whether it was to douse the flames on that bad news or some other reason, Nintendo followed it up with an announcement of a new mobile game headed out around the same time: Dr. Mario World. At this point (and this pacing), it seems like all of Nintendo’s IPs are going to make their way to mobile at one point or another, huh? Dr. Mario World marks the Italian plumber-turned-doctor’s second big outing on mobile devices, with the first being Super Mario Run.

Dr. Mario World is being cooperatively developed and operated by Nintendo and mobile company LINE, in cooperation with South Korean NHN Entertainment. NHN joins the sidelines with DeNa and Cygames, and we’ll likely see their development support on other Nintendo mobile titles in the future. The company had a few details to share on Dr. Mario World, mainly in terms of its launch and how it will stay afloat. The game will be completely free to download, supported by optional in-app purchases. Considering the purchasing controversies found within Animal Crossing: Pocket Camp, hopefully Nintendo handles this one a little better. Since Dr. Mario World will be a free-to-play title, these sorts of purchasing methods are to be expected if the game is to keep itself supported.

The gameplay hasn’t been shown in any form yet, but we don’t need to look far to figure out that aspect. Dr. Mario has been kicking for a long time on a similar gameplay format with each game since the 1990 NES original. You play as Dr. Mario, who has to try his hardest to eliminate red, blue, and yellow viruses with the corresponding pills. It’s all set up on a slowly stacking tower ala-Tetris, and if you’re not quick enough with your pill maneuvering, get ready for a swift game over. It’s good fun, especially for those who are really into puzzle games where you have to think on your toes. The series has seen new games on most Nintendo platforms, including Nintendo 64, the Wii U, and the 3DS. It’s come a long way since its NES days, but still maintains what made the original so fun. Similarly to this, no gameplay has been shown yet for Mario Kart Tour either.

According to Nintendo, Dr. Mario World will have a simultaneous worldwide release in 60 different countries. Curiously, this list of countries hasn’t been revealed yet, which kind of leaves European regions in the dark for now. The US and Japan are for sure being included in the roundup, though. Dr. Mario World will be available on all compatible Android/iOS devices, and it’s set to launch in early summer 2019, right around the time Mario Kart Tour got delayed to. No matter how it goes, Dr. Mario’s stage-based puzzle gameplay seems like a perfect fit for mobile devices, even more-so than some other Nintendo franchises; hopefully it does well. You can check out Nintendo’s official announcement on their website, which includes all of the above details given for the mobile title. Hopefully we’ll get a more solid release date outside of the summer window further into Spring.