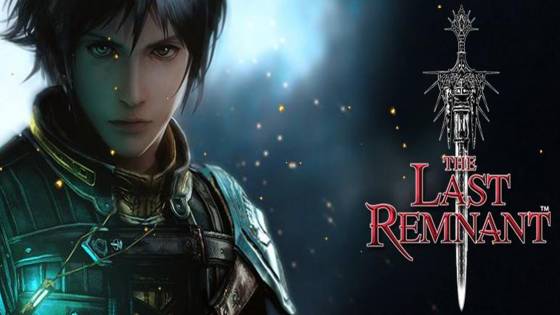 It's been a long time since we've heard about The Last Remnant, Square Enix's cult hit RPG from nearly a decade ago. The Last Remnant released in 2008 during the previous console generation, making its way to both Xbox 360 and PC with a sadly canceled PS3 version never seeing the light of day. The game had poor reception at the time but has always held a place close to certain fans' hearts. That's why, with a pang of sadness, I must reveal that Square Enix has announced the PC version of the game is getting the axe. In a post made by the company on Steam, they revealed to gamers that they'll soon be discontinuing sales of the game on PC, both physically and digitally. Once the date hits, you'll no longer be able to purchase The Last Remnant legally on PC, though its Xbox 360 version could still be hunted down.

Unusually, Square Enix did not elaborate on why they're removing the game. Based off other similar incidents as of late in the PC gaming market, it's possible that The Last Remnant's delisting has something to do with licensing issues. When certain licensing agreements for a game expire over the course of time, those games can just up and drop off the market. It's a complicated bundle of legal issues, but it's always sad to see whenever it happens. Fans and other gaming outlets have been speculating this to be the cause this time around as well. As is always the case with a situation like this, anyone who owns the game before it goes away will be able to download and play it at any time.

The Last Remnant was famous for being Square Enix's first game developed on Unreal Engine 3. The game was RPG to its core, set in a fantasy world with a unique battle system. Combat in The Last Remnant would have players commanding union groups to fight, rather than just a single character. Square Enix developed the game with the goal of making it appealing to Western audiences. However, in a bizarre twist of fate, the game ended up being more popular in Japan. While both versions of the game are good for what they are, the Xbox 360 version has drawn some criticism over the years for its janky performance issues and glitches, something the PC version has far less of. If you haven't played the game before, now would be the time to do so. Once the delisting happens, it'll make finding a copy of it just that much more difficult.

According to Square Enix, The Last Remnant's PC sales will discontinue on Tuesday, September 4th, at 10:00 am PDT. For European regions, this will be at 5:00 pm GMT that day. That gives you approximately one full week to go buy the game before it disappears; once bought, it's yours for good. Square Enix is even discounting the game until its removed, selling it for a measly $10. As the reviews on Steam will tell you, the game has a lot to love despite its weak impact during its lifespan. If you're in no hurry, the Xbox 360 version also exists. The developer ended the news off with a personal thanking to fans: "Thanks to everyone who's adventured with the Mitras, Yamas, Qsitis, and Sovanis!" Make sure to hop on over to Steam to view their announcement, or head to The Last Remnant's Steam page if you're considering purchasing it!