The Legend of Zelda: Link’s Awakening is Getting a Nintendo Switch Remake 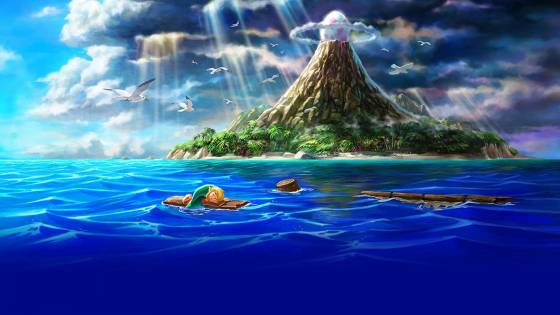 Come to think of it, it’s been a while since the last official Nintendo Direct, hasn’t it? There have been other more recent events, like their Nindies showcase that runs through all of the Switch’s upcoming indie entries, but no huge ones for their more spotlighted titles. That’s all changed as of just the other day. Nintendo was quick on the announcement behind this one, revealing the Direct and then hosting it within the span of just a couple of days. There’s a lot to dissect from this Direct, but possibly the biggest reveal of the evening was a remake of a Zelda classic; The Legend of Zelda: Link’s Awakening, to be specific. As always, the wording is key here. This is a full, from-the-ground-up 3D remake of a 2D game. Out of nowhere, and a very nice surprise at that!

The Legend of Zelda: Link’s Awakening, for the uninitiated, was the fourth main installment in the Zelda franchise, releasing on the Nintendo Game Boy back in 1993 (and later getting a fully colored port on the Game Boy Color in 1998). It came hot off the heels of 1992’s SNES hit ‘The Legend of Zelda: A Link to the Past’, originally beginning development as a Game Boy port of that title. The scope grew as development did, eventually morphing into a mainline title. The game sees Link washing up on an island in the middle of the ocean: Koholint Island. It marked a lot of series’ firsts by being a handheld title, and a Zelda game not set in the kingdom of Hyrule. Sporting a top-down action/adventure perspective that was the series standard at the time, Link’s Awakening was also a bit of an oddball for its quirky cast of characters and tenuous connections to the Mario universe.

The remake unveiled by Nintendo retains the spirit of the original by adopting the same top-down camera angle. What’s changed, however, are the graphics. The trailer provided with the announcement does a fantastic job of showing these off. The remake utilizes 3D environments and models with a more cartoon-inspired art style, setting it apart from any other Zelda game before it. A close comparison could be made to Wind Waker’s unique style, but the remake here is definitely going for its own thing. The gameplay shown off is similar to what the original game goes for. It’s more of what you love from Zelda, especially where the top-down games are concerned; lots of exploration, lots of dungeon crawling, and a whole lot of colorful sights. Even the Mario characters like the Goombas and Chain Chomps get their time to shine. Nintendo didn’t have many more details to share beyond what was presented in the video, and for now, that’s good enough.

Speaking of which, that extends to the release date as well. The Legend of Zelda: Link’s Awakening remake is slated for release exclusively on Nintendo Switch sometime this year. No further specifics were given on that end, but it’s something Switch and Zelda fans alike can look forward to for now. It’s an exciting remake to bring around too; Link’s Awakening came out a whopping 26 years ago, so plenty of newer Zelda fans probably never got a chance to try the game out (aside from those who did on the Wii’s Virtual Console, thanks Nintendo). With the remake’s new art style and aesthetic, a whole new generation can enjoy a timeless classic. Check out the trailer below to see it in all of its beautiful action.