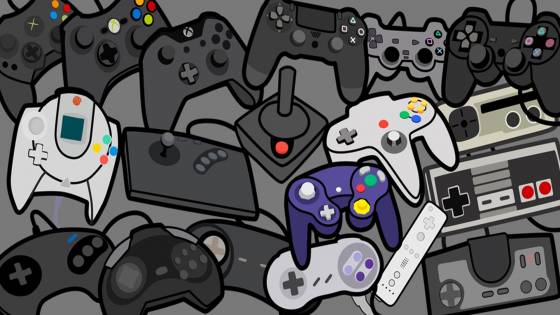 If there one thing that is a certainty in regards to video gaming, is that trends change yearly. Sometimes what works for one year is now obsolete in the next. Over the course of near 40 years, video games have been trying to find works for the trends and what doesn't, often creating surprising titles, mega-franchises, and more. And during the decades, the NPD has been there, for the most part, to calculate just how well games have been doing, or not doing. Recently, they've been on a bit of a nostalgia trip, recounting past consoles and their successes. Now, they've decided to go one better.

The NPD has gone back 23 years (from 1995-2017) and documented all the best-selling games of each year. As you'll see in the list, there was a big shift in gaming from certain time periods. For example, from 1996-2000, the best-selling games were all on Nintendo platforms via Super Mario 64, Mario Kart 64, The Legend of Zelda: Ocarina of Time, and then Pokemon Stadium. That's five years of Nintendo domination in the sales charts. To this day, Legend of Zelda Ocarina of Time and Super Mario 64 are considered some of the best and most influential video games of all time.

But then, we start to see a shift in gaming. For starting in 2001, different games took the top spot. 2001, 2003, 2005 and 2006 all went to the Madden games. This can be attributed to the fact that they ran expertly well on PlayStation 2 and Xbox. And with each year came new refinements to the game to make them truly seem like genuine sports titles and not just arcade blitzers. To this day, Madden titles are still very popular.

Speaking of popular, Grand Theft Auto took the top spot in 2002, 2004, and 2017 with Vice City, San Andreas and GTA V. Three of the most popular games in the franchise. GTA V recently crossed one hundred million units sold. Making it one of three games in history to have very done that (Tetris and Minecraft are the others).

2007 and 2008 were interesting in their best sellers, for the former was dedicated to Guitar Hero III: Legends of Rock, while 2008 was all about Rock Band. The music game genre was very popular during that time, yet not long afterwards faded from memory.

Finally, from basically 2009-2017 (with 2013 being the only exception for GTA V), Call of Duty dominated gaming sales. This can all be attributed to Call of Duty Modern Warfare (which released in 2007), as it was the game that truly revitalized the genre, and made it a blockbuster hit. From then on out, every year has had a Call of Duty title. Each one trying to be bigger than the last, each one turning up the action and the spectacle. It's worked in their favor and earned Activision a lot of money.

As for 2018 (which obviously isn't done yet), the race seems to be between three titles. Call of Duty Black Ops 4, Monster Hunter World, and Red Dead Redemption 2. We'll just have to wait and see who comes out on top. You can check out actual list from The NPD Group's tweet.