The Walking Dead: The Final Season Is Being Pulled From Stores 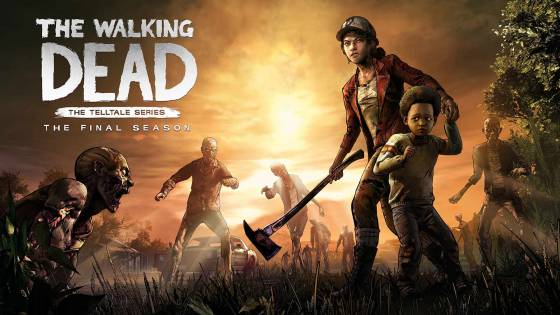 The past week or so, news has spread that TellTale Games, the team behind The Walking Dead series, Batman The Enemy Within, Wolf Among Us, Tales From The Borderlands, and more, was shutting down in one form or another. The blows were first felt when the team announced that they were going to release 75% of their staff, with the remaining 25% of the staff being used to finish contractually obligated games like Minecraft. What this meant for the upcoming games and the in-progress games was unclear at first. Then word came that they would all be canceled, including the final two episodes of The Walking Dead's final season.

Of all the blows, this one hit the hardest for most. After all, unlike the planned seasons of Wolf Among Us, Batman and more, Walking Dead's final season was already out in part. In fact, the second episode of the final season came out days after the announcement of the closure. But now, it's going even further, as numerous sites are reporting that The Walking Dead The Final Season is being pulled from all available storefronts, including Steam and GOG. And more than likely, any physical copies that would feature future episodes as downloadable content as well.

This all but confirms that at present, TellTale Games isn't going to finish the series, which means that gamers who have been eagerly waiting for the final chapter in the tale of Clementine are going to be literally left hanging because the final story can't be told. Or at the very least, won't be told for a while. This is crushing, as two episodes doesn't seem like that much work, but with 75% of the staff laid off, and the other 25% working on other games before the official closure, it makes sense that no one can be spared for The Walking Dead.

As ironic as it sounds, this is but the latest in a long line of troubling news that has come out since the announcement of the studio's closure. In fact, many troubling details have been coming out since the announcement, not the least of which was that TellTale Games was not treating their employees right, and when they let the first three-quarters of the staff go, it was without the severance pay and overtime they were due. Just as troubling, TellTale convinced them to work long hours over these last few months in order to help the company stay afloat long enough to get things right side up, as you can see, that didn't happen.

It's apparently so bad that lawsuits are being filed against the company so that pay is rightfully given. Whether it actually works is as up in the air as the future of the games the company was making. The only positive is that the gaming community has come together to try and find jobs for people who have worked for TellTale and now find themselves out of a job.