The Wii Shop Channel Has Officially Shut Its Doors 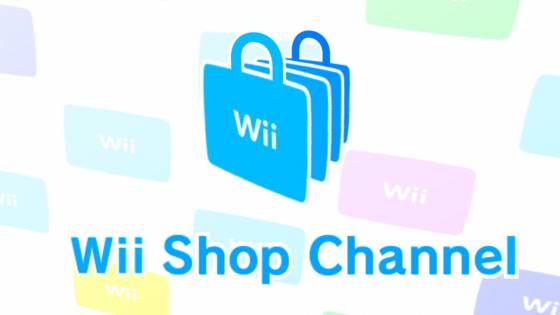 The Wii was a pretty revolutionary console for Nintendo. It introduced fun and accessible motion controls and holds a good number of Nintendo's greatest hits. It also went on to sell upwards of 100 million units, making it the company's best selling console by far. But one of the most memorable features on the Nintendo Wii was the Wii Shop Channel, the console's digital space for people to purchase games and applications alike. Most consoles have their own digital storefront in some way, shape, or form, but the Wii Shop Channel was a special beast, and it's remembered fondly to this day for so many reasons. Today, we'll be taking a look back at its legacy. Why? Well, it's with sadness that I announce the Wii Shop Channel has officially shut down on January 31, 2019. The time has come for the digital space, and everyone's remembering it for what it was.

Its shutdown probably won't come as a big surprise. After all, over a year ago, Nintendo made it so that Wii Points couldn't be purchased anymore. Rather than run on money, the Wii Shop Channel was an oddball that had you convert your cash into Wii Points to spend on the shop. Once Nintendo revealed that they couldn't be purchased anymore, it was a mad dash for anyone left who still had points stored up on their consoles. Everyone could see the writing on the wall after that announcement: sooner or later, the Wii Shop Channel would be closing down. It's a good thing everyone got in when they did too. The Wii Shop was home to the usual fare of games available on the Wii, but it also housed so much more. Strewn throughout it would be unique, quirky little applications that could be downloaded into your Wii library to bring you and the community closer together. Channels that offered things like community polls, voice chat, weather predictions, and more; there was really nothing like it.

One of the Wii Shop's most fondly remembered features, however, and one of the features that left the biggest legacy was the Virtual Console. Virtual Console was Nintendo's way to bring their huge library of classic titles from a variety of older consoles forward into a new light. Everything from the NES to the N64 was chucked onto the store at one point or another, and the whole lineup even included things from past Nintendo competitors like Sega. It was a great way to preserve older titles that many gamers may have had no other way to access, and it bumped up the Wii's total catalog and reasons to buy that much more. The Virtual Console has lived on in both the Wii U and the Switch, though not to the same gargantuan degree (especially where the Switch is concerned). Alongside the Virtual Console were WiiWare games: Wii-exclusive titles that ranged from new IPs to spinoffs from popular series alike. Because of all this, shopping for games on the Wii Shop Channel felt more like walking into a candy store than simply browsing a digital storefront.

It was all backed by one of gaming's most beloved and memorable tunes: The Wii Shop Channel music. It's hard to convey just how iconic and popular this music became over the years, especially as the nostalgia for the Wii ramped up in more recent years. Ask nearly anyone about that song and it will likely get immediate praise. It was catchy, fun, and made shopping on there an experience unlike any to follow. The Wii was one of the late Satoru Iwata's most shining achievements in his time with Nintendo, and even though the shop is now gone, it will always be remembered fondly alongside him and the Wii in general. With its closure, many have already begun looking to the future, wondering if Nintendo will ever implement similar ideas into the Switch's eShop. Whatever the case may be, we will all miss the Wii Shop Channel. It opened its doors under a month after the Wii launched to the world in late 2006, making its lifespan a whopping twelve years and some change. Dive into some of the nostalgia with us; the famous tune is down below.