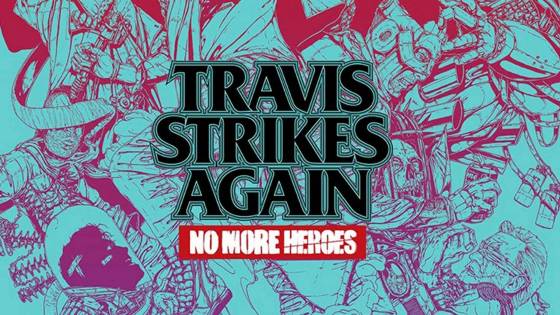 The Wii had a fairly large library of games over the course of its lifespan, but few are like the No More Heroes games. Amidst the Wii's options, No More Heroes provided a dark, violent, over-the-top experience from the mind of cult favorite Suda51. The game spawned out a well-received sequel, No More Heroes 2: Desperate Struggle, a few years later. The third entry in the series, Travis Strikes Again, has been teased since the reveal of the Nintendo Switch way back when. Suda felt he and Grasshopper Manufacture could make a unique new No More Heroes game that would feel right at home on Nintendo's handheld-hybrid console. After all the teases and the brief snippets from Nintendo Directs, Travis Strikes Again: No More Heroes is set to release in January next year, amidst all the other game releases that month.

The news was dropped by Nintendo's UK Twitter account. At the same time, Suda51 has been taking PAX West by storm, showcasing the game and letting attendees play a demo to get a feel for it. In a recent talk with Destructoid, the developer revealed why they chose the January release date. The simple answer? To avoid contending with Super Smash Bros Ultimate. Travis Strikes Again was originally slated for sometime this year, but due to Ultimate releasing this December, Suda felt the slight push was necessary. "I'd feel really bad about impacting their sales negatively," he stated. "I'll give them a break and move it over into next year."

Travis Strikes Again's gameplay is slightly different from the previous two games. According to Suda, "about 50 percent" of the game is the top-down view hack-n-slash gameplay that we've seen in Nintendo Direct trailers and the PAX demo. This part of the game sees Travis Touchdown and Badman fighting their way through swaths of enemies inside a game console: The Death Drive Mark II. The story sees them getting sucked inside the console (because of course), and that leads into the other half of the gameplay: Indie games. Travis Strikes Again will feature several homages to various indie titles, having Travis visit those games' worlds and play through their gameplay. One minute you might be playing a puzzle game, and then the next minute you'll find yourself in a racing game. Some of the featured indie games have been revealed, but not all of them. Six will be a part of the main story, and Suda hinted that the final one is a secret seventh stage. All of this can be played by yourself or in 2-player co-op with a buddy controlling Badman.

Travis Strikes Again: No More Heroes will launch exclusively on Nintendo Switch on January 19th, 2019. It's not known yet if the game will have both physical and digital versions or just digital, but past entries had physical releases so it's likely. A lot of gameplay footage is now coming out from other sources thanks to PAX West, so make sure to hunt those down if you're in the mood for No More Heroes' crazy blend of hack-n-slash fun. Suda has been more cryptic about showing the indie game segments, likely wanting to save them as surprises for players. We'll likely see more showcased in future Nintendo Directs leading up to its official release.