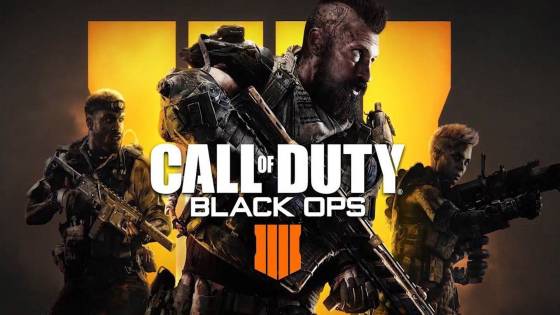 Call of Duty Black Ops 4 is set to change the way the Call of Duty franchise is seen in many ways. One of the biggest changes though is the shifting focus in content. For on one hand, Black Ops 4 will not feature a main storyline, aka not so much singleplayer content to get you started. The focus instead is on the multiplayer, where developer Treyarch is not only bringing all the classic multiplayer action you would expect from the series but also, it's bringing the Battle Royale genre to the series for the first time via Blackout mode.

Now, as Treyarch has made clear in the past, they were working on Blackout mode long before PlayerUnknown's Battlegrounds and Fortnite made the genre popular. But, despite all that working, they needed to see how the players themselves would like the mode. And thus, they recently put out a beta that would answer those questions and more. With the beta now over, Treyarch took to Reddit to outline many of the changes and upgrades the game mode will get before the release in October.

One big focus for the changes was the armor that the gamers would potentially get and wear in the game. Like all Battle Royale titles, you only live once. When you die, it's over for you, and so armor is a must have in the game. However, in the beta, gamers found that the Level 3 armor had a spawn rate that was too high, and so Treyarch reduced it by 75%. So if you want the higher level armor now, you'll have to look high and low for it. To ensure this, the armor itself will be regulated to mostly Stashes and Supply Drops. A few will still randomly appear in the Blackout world, but you shouldn't count on it.

The audio was another feature that got augmented a bit for Blackout due to feedback. Many gamers noted how there were inconsistencies with the audio. Sometimes footsteps would be louder than they should, or they couldn't tell where the noises were coming from because they were all around them. Other audio issues were also noted, and Treyarch promises that they're on the way to being fixed.

Item pickup and management was another issue, as gamers stated it took too long to pick them up. And that the interface to look at them all was a bit cluttered. They will fix these so that both sides of the equation will be fine.

No matter what though, Treyarch promises to continue listening to the gamers to help make Blackout mode as good as it can be both at launch, and after. We'll have to see how well they listened when the games releases on October 12th. You can see the full list of changes on Black Ops 4’s official Reddit post.