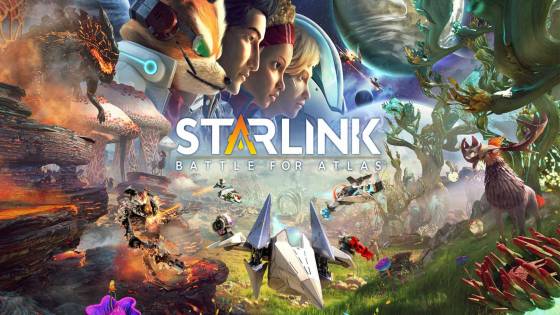 There have been companies who have support Nintendo in a big way with the launch of the Switch. But of them, Ubisoft may be one of the biggest. Granted, they haven't released the most games on the Switch from their library (that would probably be Square Enix), but, they have released some big titles and have supported the system where it matters most...exclusives. For they created a crossover between Mario and the Rabbids franchise which is still the best-selling 3rd party game on the Nintendo Switch. Plus, they brought Star Fox to their upcoming title Starlink Battle for Atlas, with the Switch version being the only one to get the Star Fox content.

With all of these crossovers, it's led some to wonder whether Ubisoft is going to be doing more and more crossovers for the Switch as time goes on. Well, a Twitter user was apparently sent a survey by Ubisoft proper. Asking them a simple question, which Mario characters do you love the most? The options were the standard ones, but also ones like Kamek, Waluigi, Daisy, and more. So what are we to interpret from this?

Well, the first and most obvious answer is that Nintendo and Ubisoft are already planning a sequel to Mario + Rabbids Kingdom Battle. As noted, the first game was a major success, and the expansion for the game was one that got a lot of praise for its seamless integration of Donkey Kong and Donkey Kong-like characters.

In the main game, the only Mario characters that appeared were Mario, Luigi, Peach, and Yoshi (with Rabbid counterparts to these characters). As such, this survey could be a key to bringing in more Mario characters into the sequel, which could mean that we would have a much large roster of character to choose from in the sequel. Or at the very least, more of them could be involved in the main plot (which only featured Bowser Jr. and a brief Bowser cameo at the end as villains). Given the popularity of Wario and Waluigi, it's very easy to see them teaming up in order to cause some havoc with the Rabbids. In fact, they would likely enjoy it.

Of course, Rosalina from Super Mario Galaxy was also on the list, and she too is very popular since her arrival in Galaxy. Maybe they could take the Rabbids to the stars? The possibilities are endless. Granted, this is not a sure thing to be happening, but the evidence is compelling.

Just as compelling is the possibility of other Nintendo/Ubisoft crossovers in one form or another. For example, Star Fox being in Starlink is good, but there's another Nintendo franchise that could work in that setting, Metroid. Furthermore, some have thought that the Legend of Zelda franchise could work in a way with Assassin's Creed, which would be an interesting pairing for sure.