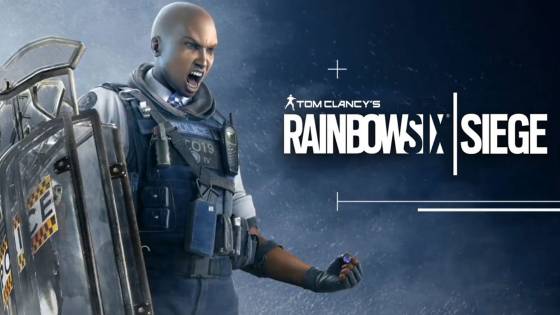 Ubisoft treated everyone to a new gameplay video showing off their two new operators, as well as the newly revamped Map, Hereford Base.  Named Maverick and Clash the two new operators bring some hard-hitting abilities and weapons to the game including a flame torch that can cut through reinforced walls, and a full body ballistic shield equipped with a taser that can slow and damage enemies.

Maverick is the newest attacker and is bringing tons of new firepower. Literally. He is equipped with a flame torch that can cut through reinforced walls, floor hatches, and basically anything else. Unlike Hibana and Thermite, Maverick’s torch is very quiet and, depending on how well the other team is paying attention, could get you some sneaky kills. Being able to pick your point of entry is crucial with Maverick as his flame torch will let you cut through reinforced walls, however, to create an opening large enough for you and your team to get through you will need to almost completely deplete your tank of fuel. This makes Maverick more useful at creating small openings in various walls to keep the enemy on their toes and make them constantly guessing as to where you’ll show up. While Maverick excels at destroying barriers, Clash is bringing one to the fight as the first defender equipped with a ballistic shield.

Clash is the new defensive operator and she comes equipped with a full body shield similar to Montagne’s but with one big difference, hers has a taser-equipped to the front of it. The taser can be used to damage, and slow the enemy’s movement speed and create opportunities for your teammates to finish them off.  Unlike other operators, Clash cannot melee with her shield. If she wants to switch to her primary or secondary weapon she must stow the shield on her back where it will still block bullets from behind. She is slow moving but can act as a mobile wall for your team. Use her shield to block an enemy’s shots and maybe even shock them to allow an enemy to clean up the kill. What Clash lacks in pure firepower and speed she more than makes up for in pure defensive power and area denial. In addition to Clash and Maverick joining the operator roster as part of Operation Grim Sky, the map Hereford Base is also getting a huge facelift.

Hereford base was the first map ever made for the game and it is definitely starting to show its age, particularly in terms of the bomb sites on the map. During an interview at Six Major Paris one of the level designers said, ”Basically the problem with the old Hereford was the destruction needed to be updated and there was really only one viable bomb site which was down in the basement...so what we’ve done now is four bombsites, more stairs, more verticality, more destruction, and made it so it's just actually a much more viable, and much more fun, map to play.” Not only has the map changed mechanically but has also gotten a long overdue facelift to the exterior as well as the interior locations.

You can watch gameplay of the two new operators in the video below. Operation Grim Sky is available on test servers now and will release fully on PS4, Xbox One, and PC sometime in September.