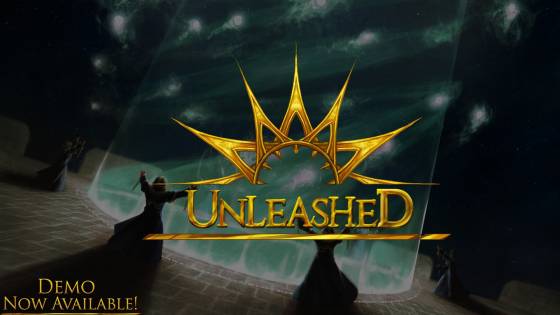 Traditional fantasy RPG settings have become a thing of the past. With more modern trappings and cyberpunk settings proving more popular. In the world of Mystaria, corruption rules the land. Those who seek to uncover the truth face harsh penalties, and you have to scour the world to uncover a wide variety of events and items. The game itself is a mix of a turn-based RPG with a bit of farming and crafting and some old-school random encounters.

The 3-on-3 battle system is a bit of a throwback in its own right and uses a traditional viewpoint while also allowing you to expand parties as the game wears on. This means that while battles may seem simple at the beginning, you still have to manage the same items and talent pool in the early game - there's just less of it in terms of sheer quantity. It's a bit easier to keep track of things that way, and then when the game opens up and parties expand, you should be used to the game's systems and have an easier go of it.

Beyond combat, crafting plays a key part in everything as well. You need to find resources throughout the world to farm with, loot fallen enemies, and create tools to ensure your success on the battlefield. Healing items are a must, as are ways to enhance your tools. The in-game inventory system is quite thorough and gives you dozens of slots for individual materials.  The usage of random encounters is definitely something that may bring about some controversy, as many modern-day RPG players dislike the practice. It tends to evoke feelings of endless grinding in JRPGs from the early '90s - but the practice can be done quite well. One big key is making sure that battles feel substantial, and with a wide world to explore, things like surprise boss battles are sure to test your mettle and allow you to see just how much skill you have gained.

The devs were inspired by many kinds of RPGs but wanted to create a crafting element alongside a housing system for a more realistic world. They also wanted to fill the world with real-life details and avoid the problem that some RPGs have of feeling like an empty husk. The game's story is a bit of a one-versus-all tale, with your character being part of a rejected mass of people. The devs have aimed to make this a challenge, but fair game and use a handcrafted map system to make the world feel lived in. It's a fairly low-spec game and runs on Linux alongside Windows. Early buyers on Steam can save 15% for a week one purchase - getting the game for $10.19. This isn't a massive savings as the game is normally only $12, but it does look to offer up a different kind of RPG experience in 2018. The game has been in development for quite some time, and an early build is available to try on Itch.io if you want to see if this is the kind of game you would enjoy.