Valve Subtly Delays the Beta for Artifact, Bringing It Just 9 Days Before the Full Release 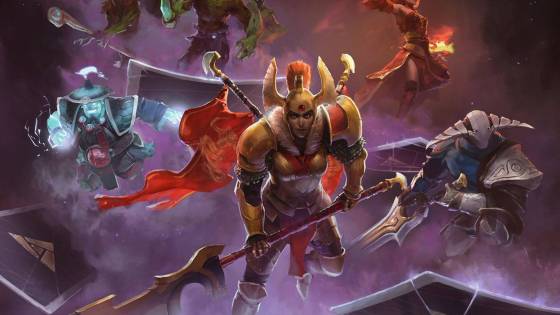 Artifact is on the way, but its beta is going to take a little longer to get here. The news comes from reports sent in to PC Gamer by beta participants, revealing that they received emails relaying the delay news. The beta was originally supposed to take place sometime during this October, but Valve has now pushed it back to only 9 days before the actual game releases. As PC Gamer also noted, the company removed any mention of the beta from Artifact's official Twitter account. The game has already been in a very tight closed beta for some time now, with only a select few able to play. Participants who get to take place in the open beta had to acquire the keys at specific shows and events that Valve showed up to, such as PAX West and the Dota 2 International Tournament (making it more of a semi-open beta than anything). Oddly, Valve has made no official comment on the news yet, instead simply contacting everyone necessary via the emails.

Said emails were sent in by way of screenshots. They read: "You are receiving this email as an attendee of The International Dota 2 Tournament or someone who has registered an Artifact beta key. We have added Artifact to your account but we have a bit more work to do before letting everyone in. Right now we're planning for that to happen on November 19." Valve added that the public release date will still be November 28th as planned. Some fans have grown worried due to the way Valve phrased their plans: "Right now", and "we're planning for that to happen" have led some to wonder if we'll even see the beta at all. More optimistic players have noted that this might mean we'll see the beta earlier than this projected date too. PC Gamer has reached out to Valve for further comment.

Artifact is Valve's first official game in quite a long time. The company has been occupied the past several years running both Steam and Dota 2, as well as working on new hardware for PC gamers. Artifact is a digital collectible card game with a high skill level. The game is based on the world of Dota 2, and all of the cards reflect that, both in execution and artwork (with art created by Magic's Richard Garfield). The game will be played solely in multiplayer through player versus player card battles, and users can buy, sell, and trade their own cards on the Steam Marketplace. If you want to get down into the real fine details of Artifact, many gameplay videos already exist showing it in action. While the game is multiplayer only, the tutorial will be a single-player match against an AI, though this is only for teaching Artifact's mechanics. There will be around 300 cards in total when the game launches, with Valve planning on adding more throughout its lifecycle.

From the sound of it, it looks like Valve is trying to polish up the beta more before it goes public. This means we now have about a month to wait, though. The beta is planned to begin on November 19th, and the full game will launch on November 28th for Windows PC, Mac OS, and Linux. Later on, in 2019, Valve plans on releasing versions for both Android and iOS mobile devices. If you're more interested in learning about Artifact itself, its official Steam page has you covered. Make sure to keep an eye out for more news on the subject in case Valve changes the projected beta release date for any reason. Artifact will take Steam by storm soon, and it looks like it'll be perfect for fans of Dota 2 and trading card games alike.