Vigilantes Is Now Available On Linux 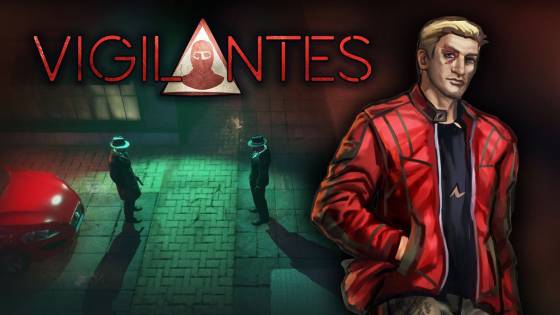 Tactical RPG games have grown in popularity since the rise of the X--COM series since its rebirth. Now, Timeslip Softworks has finally released its neo-noir tactical RPG Vigilantes. While many RPGs have a fantasy setting, and many modern ones use a steampunk design, this one stands out thanks to its '80s-infused looks. There's a bit of neon in the world's design, but it isn't overwhelming.

It's a turn-based game and one that gives you a variety of techniques to win. You can attack enemies before they attack you if your timing is right - and you can even grab grenades mid-toss and lob them back. The game itself definitely takes a few cues from modern-day X-COM games, but with an overhead viewpoint instead of the 3/4 overhead one. It leads to the world itself being showcased more, and this is quite a gritty world to inhabit. The city of Reiker is crime-laden and it's up to you to do what you can to take the scum of the city off the streets. You'll do so as a group of vigilantes out to save it, with a bit of character progression thrown in.

You can tailor how you play with both lethal and non-lethal attacks being available. If you want to go for faster progression, aiming for lethal force is great - but a more rewarding way to play may involve using non-lethal attacks to slowly whittle down enemy forces. However, if you don't kill a foe right away, they will gain power and offer up a greater challenge later on. If you want a more difficult and perhaps more rewarding experience, this is one way to accomplish that.

You can build your team up with the UPLIFT system, which works a lot like Fallout's system where you can use a pre-set amount of skill points to allow each character to be customized with nine skills and six different stats to choose from. There are also over 60 perks to earn and make your characters better and more resistant to certain types of attacks. The feel of a living, breathing world is rare in a tactical RPG - but something the devs at Timeslip aimed to do.

They have created a world that allows you to gather intel on enemies and use underlings to gain new information on leaders. So if you run surveillance and eventually interrogate foes you have defeated, you can gain information on their bosses and their hideouts - enabling you to get the upper hand before the battle has even truly taken place. The use of reactive AI also makes the world come alive, so ambushes can be set up and put you at a disadvantage as well. You can never quite feel too comfortable or get into a comfort zone. Those who play an RPG to gain the ability to coast through the rest of it will be up for a bit of a shock as your enemies actually have brains and don't mind using them to win.

The game's soundtrack is also worth noting. It gives off a post-modern '80s flair with a soundtrack that would be right at home in something like Knight Rider - with a synthwave flair to everything. Vigilantes looks like a solid pickup for anyone who enjoys either neo-noir games or tactical RPGs and is available now on Linux, Windows, and Mac OS X. The system specs needed for it aren't overwhelming - but you are definitely going to get a better-looking world if you have a higher-end system and with this game's style being such a big part of the atmosphere, it will make for a more fun experience. More details about Vigilantes can be found on Timeslip Softworks’ website.