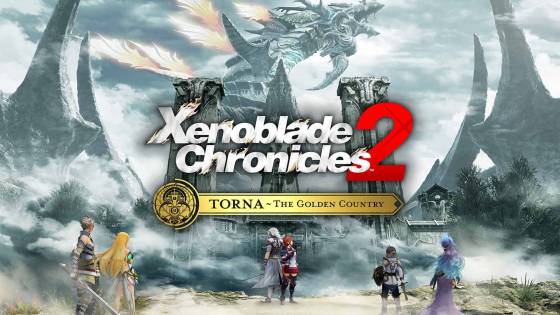 Xenoblade Chronicles 2 was one of the biggest games on the Nintendo Switch last year. It was a continuation of the Xenoblade Chronicles series, yet was its own entry despite being called "2". It was praised by both critics and gamers for its deep story, unique world, massive lore, great battle system, and much more. The game has sold about 2 million units in about 8 months, which makes it one of the many million sellers on the console, but both Nintendo and Monolith Soft have been working hard to keep the game going, and in September, a major DLC expansion is coming in the form of story prequel.

Also, as this takes place 500 years before the main game, the focus will be on two different characters, in this case, Jin and Lora. Jin was a major antagonist in the main game, and Lora was revealed to be the reason he was fighting to change the world. But now, we'll get to see their backstory in full.

As such, the official Xenoblade Chronicles Twitter handle detailed the characters a bit more and provided some insight into how they act in the game. For Jin, he's described as the strongest Blade (which is the name of the sentient weapons if the game) in the country of Torna, and as such, wields incredible power. But alongside that, he has a very calm demeanor.

As for Lora, she's described as a kind soul with notable strength, and that she's close with Jin because they've spent so much time together.

The dev team also noted that this story will depict Jin in a completely different light than how he was shown for most of Xenoblade Chronicles 2, and given how the story is framed, that is to be expected.

More than likely, as we get closer to the release of Torna: The Golden Country, we'll get more of a look inside how the characters are, including the first reveal of Adam, who played a spiritual role in the main game but will be shown in full here.

In a new trailer for the Xenoblade Chronicles 2 Expansion Pass, the team revealed the Torna: The Golden Country will be coming out on September 14th for those who have the pass, and then it'll arrive on the 21st for those who want to get a physical version of the game. This is something that Nintendo has rarely done, but they're likely doing it to ensure that as many people go get it. It should be noted that you don't have to have played the main game to enjoy this expansion story.

Can't wait! One of the best games i have ever played.