Xenoblade Chronicles 3 Could Be Very Different From Past Games 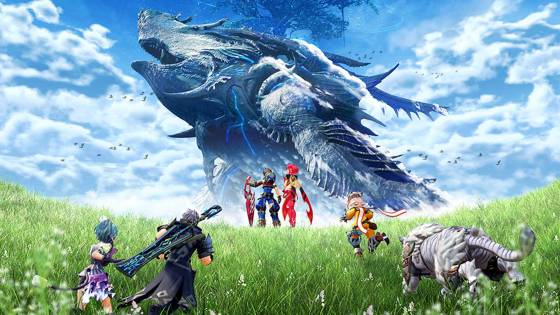 For a video game franchise, there are very few things more important than sales, and some would argue that it's THE most important thing. After all, a game's reviews can vary based on the person's experience, but a person buying the game means they're intrigued enough to try it out. In that regard, the Xenoblade Chronicles franchise has been slowly growing in its success since its arrival on the Wii. The first game was brought to the West because of a fan petition, the second game was one of the biggest titles on Wii U, and Xenoblade Chronicles 2 was a major part of the Nintendo Switch's year one release window.

The first game did decently, the second sold close to a million, and the latest title sold over a million in less than a month, and rests at about 1.5 million now. The team at Monolith Soft have been praising the game's response in the eyes of reviewers and gamers, and now, the executive producer of the game, Tetsuya Takahashi noted in an interview the most impressive part of the games response, the sales in the West:

"We really saw more people pick the game up and experience it in the North American and European territories than we thought would do so."

This goes to show not only how much the series has improved over the years since the Wii, but also, how well Nintendo showed it off since its reveal in January 2017 until its debut in December 2017. What's more, Monolith Soft noted that sales of the story expansion, Torna - The Golden Country, is selling really well in Japan, shattering their expectations of what they thought that would do. It should be noted that it's too early for numbers from the West to have come in yet. But if they're anything like the Japanese numbers, it'll be another success for the franchise.

All this seems to indicate that a fourth game in the franchise (not including the story expansion) is coming. But, as the franchise has shown in the past, especially between the first game and the second, the team isn't afraid to mix things up to keep things fresh and interesting. And in fact, Takahashi noted that an interesting character quirk might make the potential Xenoblade Chronicles 3 game a lot different than players would expect:

“I’m someone who gets bored of whatever it was I did last. If the [Xenoblade Chronicles] series continues, you just might see it take a third option. It might go down a path it hasn’t gone down before.”

Xenoblade Chronicles X is a great example of what he means, for it went from the high-fantasy of the first game to a futuristic sci-fi world that had mechs, space colonies and more. So what could Monolith Soft be planning that could be very different from both fantasy and sci-fi? Early teases of another game tease a medieval setting, could that be it? Or, will they go another route entirely? Only time will tell what will be next for the franchise.