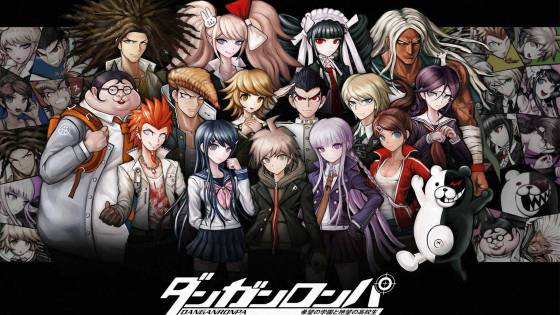 If you're a visual novel fan, chances are high you've stumbled across the Zero Escape and Danganronpa games. Both were made by different people, but both feature similar ideas of a group of strangers trying to survive in life or death games where they're tasked to kill each other or find an exit. The games have seen wide amounts of popularity, especially lately here in the West. Earlier just the other day, Famitsu Magazine held a live stream that announced a pretty exciting surprise. Danganronpa's director (Kazutaka Kodaka) and Zero Escape's director (Kotaro Uchikoshi) have joined forces to create a new game studio going by the name of Too Kyo Games. Too Kyo is a nice and compact team of seven people, including the two directors themselves. There are some other notable members too, such as Danganronpa illustrator Rui Komatsuzaki and music composer Masafumi Takada.

Getting all of these big names together to work on new titles is pretty much a dream come true for fans of these series. The news didn't stop there, however. It was later revealed during the live stream that the company has four projects currently in the works, three of which are new video games and one of which is a new anime. One of the games features a cutesy, chibi-esque art style, and apparently revolves around a death game similar to Zero Escape and Danganronpa. The other game, a collaboration between the Danganronpa dev team and former employer Spike Chunsoft, is a sci-fi title. Probably the most alluring of the games, however, is the third title. It's the game the team will be most heavily focused on, and the one that Kodaka and Uchikoshi will be writing together. All four of these projects are pretty vague at this point, but each one came accompanied with a piece of concept art so we can get an idea of what they'll look like. Those familiar with Danganronpa will recognize the art style in some of these right off the bat.

Considering the history of Kodaka and Uchikoshi's latest works, the timing of this collaboration couldn't be more fitting. The Zero Escape series wrapped up with a fitting conclusion in their last game, Zero Time Dilemma. Danganronpa, similarly, wrapped up the franchise with Danganronpa V3 and its associated anime. Now that both directors have moved onto Too Kyo, the rights of both franchises remain owned by Spike Chunsoft, so their futures are uncertain for the time being. Kodaka's most recent game, Zanki Zero: Last Beginning, released in Japan earlier this summer and is slated for release eventually in the West. This was his last game working under Spike Chunsoft, and fans will want to keep an eye out for that too when a release date is decided upon.

Outside of the concept art, there's no info on when we can expect these projects to come out or what exactly they'll be like. At the very least, it gives us four different things to look forward to in the coming years. Famitsu put out an English translated version of the announcement on their website, so make sure to check that out for the full rundown and details. As for Zanki Zero, that game will be available on PlayStation 4, PlayStation Vita, and Windows PC when it releases eventually. PC players can check out the Steam page for that already, even if the release date may still be somewhat far off. With the formation of Too Kyo, the future is looking bright for games like these.